In this article, I will deal with the bitter conflict which took place between monotheism and the doctrine of the Trinity and their followers after the convention of Council of Nicaea and before the prophetic mission and even the birth of Prophet Muhammad. 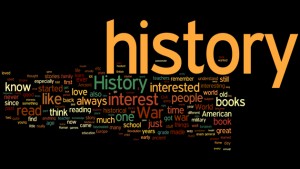 Conflict between monotheism and the Trinity lasted even after the Council of Nicaea.

The most conclusive evidence for the fact that monotheism existed, had strong presence and was even widespread since the dawn of Christianity is its multiform re-emergence shortly after the bishop of Alexandria supported by the pagan Roman Empire stood up to Arius’ teachings which were closer to monotheism.

After Athanasius, the Bishop of Alexandria, had fought against Arius’ teachings for many years, other similar beliefs emerged towards the end of the fourth century of the Christian era, specifically during the reign of the Roman Emperor Theodosius I. Therefore, the second ecumenical council was convened in Constantinople in 381 A.D.

Those beliefs included that of the Macedonians or the Pneumatomachi. They denied the divinity of the Holy Spirit, hence the Greek name “Pneumatomachi” or “Combators against the Spirit”.

They also regarded the substance of Jesus Christ as being of “similar substance” (homoiousios) but not of the “same essence” (homoousious) as that of God the Father.

The Pneumatomachi were denounced in 374 by Pope Damasus I. In 381 A.D., the Pneumatomachian concept that the Holy Spirit was a creation of the Son, and a servant of the Father and the Son, prompted the First Council of Constantinople (also termed the Second Ecumenical Council) to add, “And in the Holy Spirit, the Lord, the Giver of Life, Who proceedeth from the Father, Who with the Father and the Son is equally worshipped and glorified, Who spake by the Prophets,” into the Nicene Creed. As a result of the Second Ecumenical Council, homoousios has become the accepted definition of Christian orthodoxy. Thereafter, the Macedonians were suppressed by the emperor Theodosius I.

Another belief is that of Apollinaris. It appeared to him that the union of complete God with complete man could not be more than a juxtaposition or collocation. Two perfect beings with all their attributes, he argued, cannot be one. They are at most an incongruous compound, not unlike the monsters of mythology. Inasmuch as the Nicene faith forbade him to belittle the Logos, as Arius had done, he forthwith proceeded to maim the humanity of Christ, and divest it of its presumably noblest attribute, and this, he claimed, is for the sake of true Unity and veritable Incarnation.

He failed to submit even to the more solemn condemnation of the Council of Constantinople, 381, whose first canon entered Apollinarianism on the list of heresies.

At the close of this council Emperor Theodosius issued an imperial decree (30 July) declaring that the churches should be restored to those bishops who confessed the equal Divinity of the Father, the Son, and the Holy Spirit, and who held communion with Nectarius of Constantinople and other important Oriental prelates whom he named.

Only a few years after the convention of the Council of Constantinople, the Council of Ephesus was convened in 431 A.D. This third ecumenical council, an effort to attain consensus in the church through an assembly representing all of Christendom, confirmed the original Nicene Creed, and condemned the teachings of Nestorius, Patriarch of Constantinople that the Virgin Mary may be called the Christotokos, “Birth Giver of Christ” but not the Theotokos, “Birth Giver of God”.

Nestorius’ doctrine, Nestorianism, which emphasized the distinction between Christ’s human and divine natures and argued that Mary should be called Christokos (Christ-bearer) but not Theotokos (God-bearer), had brought him into conflict with other church leaders, most notably Cyril, Patriarch of Alexandria. Nestorius himself had requested that the Emperor convene council, hoping to prove his orthodoxy, but in the end his teachings were condemned by the council as heresy. The council declared Mary as Theotokos (God-bearer).

Nestorius was requested to recant his position or face excommunication. Nestorius was removed from his see, and his teachings were officially anathematized.

Had the doctrine of the Trinity been the predominant belief since of the dawn of Christianity and had monotheism not been a deep-rooted belief which had strong presence, would such bitter controversy have taken place over the very nature of God in Christianity?
Had the Trinity been a clear-cut, evident and generally accepted in the sight of all Christians from the very beginning, is it logical that the greatest patriarchs and bishops would have disagreed over it throughout history as we have just read?

History of Christianity & Shift from Monotheism to Trinity (1/4)