When the revelation came to him, the Prophet Muhammad (peace be upon him) climbed As-Safa mount and called out people and they gathered around him. He said: “Do you think that if I told you that there was a cavalry emerging from the foot of this mountain, would you believe me?” They said: “We have never known you to be a liar.” He (peace be upon him) said: “I am a warner to you of an imminent and severe punishment (warning them against Paradise).” Abu Lahab (the Prophet’s uncle) said: “May you perish! Did you call us together only for this?” (Al-Bukhari and Muslim)

He started inviting them to Islam and persuading them that the worship of idols is a kind of absurdness, but only Allah, the Creator of the Universe,  is worshiped. A number of people were convinced with his message and followed him. Yet, the masters and the rich among Makkans refused his new religion because they found that it established equity and justice among all people, something they detested. They fought him and tortured his followers. A lot of companions were subject to extreme and brutal torture at their hands.

I will cite a few stories of torture that show how cruel and savage were those people with the followers of the Prophet Muhammad (peace be upon him). 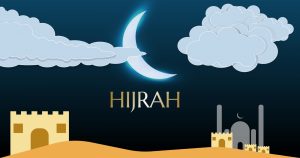 And We have not sent you, (O Muhammad), except as a mercy to the worlds.

Umayyah ibn Khalaf (a Meccan pagan) had a slave called Bilal ibn Rabah who entered Islam. Umayyah inflicted extreme torture upon Bilal. He would take him in the glare of the torrid sun of Mecca, stripe him off, put him on the blazing sand in summer and place a huge rock on his chest. Nevertheless, Bilal did not relinquish his religion one iota.

`Ammar’s Family and the Tribe of Makhzum

`Ammar ibn Yassir was from the tribe of Makhzum. He embraced Islam, and his father, mother and brother followed him. When their tribe knew about that they got crazy. They burnt the house of `Ammar and took them to desert. They chained them and competed in torturing them. They would whip them, burn them and put big rocks on their bodies. However, the believing family remained steadfast to Islam. The Prophet (peace be upon him) would pass by them while tortured consoling them saying, “Yasir’s family, be patient! Your reward will be Paradise!”

Banu Makhzum found that torment is of no use with those believers. They tried to seduce them to leave Islam and they will pardon them but this was fruitless as well. Abu Jahal shouted at Summayyah, the mother of `Ammar, “Praise our gods (i.e. idols); disparage Muhammad!” Summayyah spat in his face and said: “How bad you and your gods are!.” Abu Jahal became furious with her. He raised his spear high and threw it on Summayyah’s belly. She passed away upon that, to be the first martyr in the history of Islam.

Abu Dharr Al­-Ghifari was from the tribe of Ghifar. He heard from travelers about a new Prophet called Muhammad (peace be upon him) who invited people to new religion. So, he moved to Mecca to know about the matter. He remained in the Ka`bah watching people there. `Ali ibn Abu Talib saw him and noticed that he was a stranger. He invited him to his house and told him about Muhammad. Abu Dharr went to the Prophet and accepted Islam. However, he resolved to infuriate the people of Mecca. He went to Ka`bah and shouted: “There is no God but Allah; and Muhammad is his Messenger.”

They gathered around him and started beating him. He was rescued by Al-`Abbas ibn `Abdul Muttalib who told them that Abu Dharr belonged to the tribe of Ghifar who may revenge to Abu Dharr.

The torture was not limited to companions but it was inflicted as well upon the Prophet Muhammad himself. Ibn Mas`ud reported that the Prophet (peace be upon him) was praying at the Ka`bah, and Abu Jahl and his companions were sitting there. They said to one another, ‘Who will bring the intestines of the camel of so and so and put it on Muhammad’s back when he prostrates?’ So one of them went and brought it and waited until the Prophet (peace be upon him) prostrated, then he put it on his back, between his shoulders. They started laughing and leaning against one another (because of their laughter), and the Messenger of Allah (peace be upon him) was prostrating and did not raise his head until Fatimah came and removed it from his back. Then the Messenger of Allah (peace be upon him) raised his head. (Al-Bukhari and Muslim)

Finally, Allah (Glory be to Him) commanded the Prophet and his followers to migrate from Mecca to Medinah, a safe place where they would be able to practice the rituals of their religion freely and lead an Islamic way of life without being maltreated or wronged. Anyway, migration was another test to the faithful Companions. They were forced to leave their homelands, friends and families to another place where they will be strangers. Yet, the companions set another example in the sacrifice for their beliefs.

In Medinah, they put the first bricks of the Islamic state, that were built upon justice and brotherhood. The first thing the Prophet (peace be upon him) did when he went to Medinah was the establishment of social peace inside the Muslim community. He made the migrants as brothers of the people of Medinah. He also dealt with all the conflicts between the two big tribes of Medinah, Al-Aws and Al-Khazraj, and settled all the disputes between them.

As for non-Muslims, the Prophet (peace be upon him) chose the way of peace. He made a treaty with the Jews of Medinah that was based on mutual cooperation and common justice. He never breached any covenant with them. Yet, it was the Jews who breached the pact and violated their covenant with him.

Outside Medinah, the Prophet (peace be upon him) did not mobilize armies to attack the nearby tribes or towns to spread Islam or to occupy them. Instead, he would send letters to kings and rulers inviting them with cultured and kind words to Islam, the last religion.

It was a migration to the open and boundless peace of Islam. The wars that the Prophet (peace be upon him) participated in were generally to defend the Islamic country and religion. Even during wars, the Prophet (peace be upon him) forbade his soldiers to kill women, children, the aged or farmers, burn plants or damage houses, unless they are used for war purposes. All his life was peace and mercy for all mankind. Almighty Allah says,