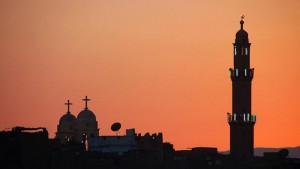 Jesus was neither killed nor crucified but another person was made to resemble him.

Somebody may argue that if Jesus was neither crucified nor killed as claimed by Muslims, what happened to him? Somebody else may also allege that there are pieces of evidence from the Qur’an indicating that Jesus was killed. What is the truth behind Jesus’ fate?

There is no denying that there are Qur’anic verses which may be misunderstood as indicating the killing of Jesus Christ. We read the following verses in the Qur’an:

[Mention] when Allah said, “O Jesus, indeed I will take (mutawafika) you and raise you to Myself and purify you from those who disbelieve and make those who follow you [in submission to Allah alone] superior to those who disbelieve until the Day of Resurrection. Then to Me is your return, and I will judge between you concerning that in which you used to differ. (Aal `Imran 3:55)

And [beware the Day] when Allah will say, “O Jesus, Son of Mary, did you say to the people, ‘Take me and my mother as deities besides Allah?’” He will say, “Exalted are You! It was not for me to say that to which I have no right. If I had said it, You would have known it. You know what is within myself, and I do not know what is within Yourself. Indeed, it is You who is Knower of the unseen.
I said not to them except what You commanded me – to worship Allah, my Lord and your Lord. And I was a witness over them as long as I was among them; but when You took me back (tawafaytani), You were the Observer over them, and You are, over all things, Witness. (Al-Ma’idah 5:116-117)

Many people may misunderstand the Arabic words “mutawafika” and “tawafaytani” used in the above verses. They may misinterpret them as standing for death.

Let’s see what Muslim exegetes said about the above verses, especially the two misinterpreted words, to know what really happened to Jesus according to Islam.

The Muslim exegetes disagree over what is meant by the Arabic root “tawafy” of the above two words. The majority of Muslim exegetes are of the opinion that it stands for “taking or receiving back” rather than death. According to them, such “tawafy” was something like sleep. A few Muslim commentators opine that it refers to “death” but not “killing”. However, both groups of scholars believe that Jesus was neither killed nor crucified.

And it is He who takes your souls (yatawaffakum) by night and knows what you have committed by day.” (Al-An`am 6:60)

In this verse, the Arabic root “tawafy” means “causing to sleep”.

According to those two groups, “tawafy” in Arabic means “taking upon satisfaction”. It does not necessarily stand for death, though it is still one of its meanings. Every act of taking upon satisfaction can be called tawafy. Accordingly, they argue that Jesus was subject to “tawafy”, i.e. was taken up upon the satisfaction of the initial time he was to live before interruption (Ascension) and return (Second Coming).

However, it is reported that Ibn Abbas opines that Jesus’ “tawafy” means his death. Wahb stated that Allah caused Jesus to die for three hours and then He took him up. In support of their opinion, this group of scholars offers as evidence the following verse:

Say, ‘the angel of death who has been entrusted with you will take you (tatawaffakum). Then to your Lord you will be returned.’ (As-Sajdah 32:11)

They argue that Jesus’ tawafy refers to his death given the meaning of Tawafy in this verse. Still, this group believes that it is Allah Who caused Jesus to die and he was neither crucified nor killed.

After all, the majority of Muslim scholars believe that Jesus was taken up, either awake or asleep, and he was neither crucified nor killed nor even caused to die. According to them, though “tawafy” may mean “causing to die”, Jesus was not caused to die for “tawafy” may or may not stand for death. The probability of death is explicitly negated by the following verse:

The above verse confirms that the People of the Book will believe in Jesus upon his coming back and before his death. Jesus has yet to come back. His comeback is a sign of the end of the world and this will take place before the advent of the Day of Judgment.

According to Ibn Al-Qayyim, Ibn Taymiyah confirmed that both Jesus’ body and soul were taken up rather than caused to die and that he will come back with both of them.

Finally, the mainstream Islam believes that Jesus was neither crucified nor killed. He was rather taken up to Heaven alive, either awake or asleep, after spending the first part of his lifetime on earth. He is now alive in Heaven with Allah in some way or the other. He will come back, with both of his body and soul, to spend the second part of his lifetime in which he will complement his mission of preaching monotheism.

No wonder, Jesus was born without a father in the first place. He has a miraculous life with two earthly lifetimes and one interval of an unusually heavenly life in between. If one already believes in Jesus, let him believe in his survival, ascension and second coming as he believed in him as a fatherless human being. If he is willing to believe in him as a fatherless human being only, this sounds much stranger and wonderful than anything else ever believed in.