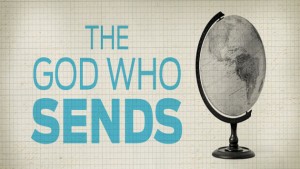 Since Jesus is a prophet sent by God to the Children of Israel, he cannot be God

One of the names and attributes of God is the “Sender”, i.e. the Lord who sent prophets and messengers to mankind in order to guide them to His straight path.

The Sender in Islam

The Qur’an often points out that it is God (called “Allah” in Arabic) that sent prophets and messengers to people. We read:

Mankind was [of] one religion [before their deviation]; then Allah sent the prophets as bringers of good tidings and warners and sent down with them the Scripture in truth to judge between the people concerning that in which they differed. And none differed over the Scripture except those who were given it – after the clear proofs came to them – out of jealous animosity among themselves. And Allah guided those who believed to the truth concerning that over which they had differed, by His permission. And Allah guides whom He wills to a straight path. (Al-Baqarah 2:213)

We had already taken the covenant of the Children of Israel and had sent to them messengers. Whenever there came to them a messenger with what their souls did not desire, a party [of messengers] they denied, and another party they killed. (Al-Ma’idah 5:70)

The Sender in Christianity

Though Jesus is taken as God in Christianity, the Bible often quotes Jesus as indicating that he was a prophet sent by God to the Children of Israel. For example, we read:

We also read: But he said, “I must proclaim the good news of the kingdom of God to the other towns also, because that is why I was sent.” (Luke 4:43)

We further read: Then Jesus left Galilee and went north to the region of Tyre and Sidon. A Gentile woman who lived there came to him, pleading, “Have mercy on me, O Lord, Son of David! For my daughter is possessed by a demon that torments her severely.” But Jesus gave her no reply, not even a word. Then his disciples urged him to send her away. “Tell her to go away,” they said. “She is bothering us with all her begging.” Then Jesus said to the woman, “I was sent only to help God’s lost sheep—the people of Israel.” (Matthew 15:21-24)