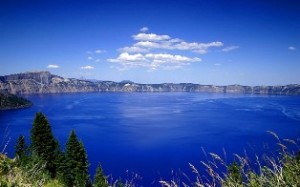 From MTV to Monasticism

This month, I have been reminded of the earthquake that can take place inside those who are placed, by Allah’s guidance, onto the path of faith.

I recently met a talented and beautiful TV presenter who works in the Bollywood scene. This lady is photographed at events in striking, rather revealing outfits, sporting dramatic hair and makeup. Music is on, and always has been, she told me ‘her life.’

What do I mean by this?

Nostalgia for the Dreary Way

‘Salwa’ (name changed for privacy) told me in an emotional phone call this week that she had gone to a Bollywood concert. Some of the great names in the genre were in town – and she had been given free VIP tickets. Yet far from thrilling at her own stardom, and relishing the celebrity scene around her (as she always had), and instead of gyrating amongst the crowd of Asian men and women, Salwa wanted to flee. She wanted to run home and curl up, in silence, with the Qur’an.

She asked, choking back shocked tears.

“I should have loved this concert, been excited by the famous people. Instead, I came home, prayed and sat down to read the Qur’an.

She reminded me of a young sister who was living with me last year. Six months after taking shahadah, she went to a nightclub on New Year’s Eve. She had been looking, she said, for ‘a bit of normality’ by which she meant a taste of her old life.

Every drug deal in the club had been clear to her. Every desperate young girl seeking male affection to ‘fill a gap in her life’ had saddened her. The smell of alcohol in her nostrils had made her feel sick. The music – drum and bass, the industry she had worked in just a few months earlier – had made her dizzy and a bit frightened.

“I thought it would be fun.”

Subhan Allah! Such guidance all around us! God’s Will is so powerful, that when a person is touched by Islamic realizations, our false instincts to do wrong, to seek Dunya, submit immediately.

Many reverts – and please understand that when I use that term I mean those born into our community or not, who change their life in line with blessed Islamic teaching – go through an incredible, and yes, disturbing period, when the limbs and the senses, react independently, of the nafs.

God the All-Merciful tells us in a sacred hadith:

“Whoever has animosity with a friend (wali) of Mine, I declare war upon him.

Were he to ask of Me, I would surely give him; and were he to ask Me for refuge, I would surely grant him it.” (Al-Bukhari)
Is it possible to draw close to God before you even begin praying, before even knowing about the deeds that please Him? That is a matter for those with deep knowledge of the Islamic faith to expound. And surely God can do as He Pleases with His creation.

Touring the UK and the US, I have met many imams, in regions where shahadas are becoming rapidly more common, that have heard similar stories from reverts.

For a blessed period of time (over which they have no control whatsoever) some feel their limbs steer them away from bars, dance venues, or seedy concerts. Others experience their eyes seeking modesty, calm and respectful scenes. Some feel their ears seek the Qur’an above all other sounds in the world.

God, the All-Mighty tells us:

Such a blessing indeed. Yet, for Salwa and others also a time of confusion.

I could hear her whole body trembling, down the phone line.

“What’s wrong with me? How can your ears change their hearing or your eyes their seeing?”

In September 2010, I was flying back from the Middle East. As the plane came into Heathrow, many Muslim women on the flight took off their hijab. A sad fact. I had a scarf on out of respect for the community I had been staying with (I wasn’t Muslim at that time). I put my hands up to remove the hijab. They came back to my lap empty. I tried again. But my hands simply wouldn’t take the scarf off.

I was, to put it bluntly, totally freaked out. Like Salwa, I thought “Am I going mad? Have I lost my mind?” The next day, I found I could not leave the house without a scarf on. I suddenly felt naked without hijab.

As new Muslims battle with spiritual challenges, soaring moments of joy and a total reevaluation of the world they live in, what can we do to help?

Our new brothers and sisters may look odd and uncomfortable to us. Guess what? That’s because they are feeling precisely that, strange in their own bodies.

So this Friday, spare a smile for that odd, looking sister or brother in the masjid next to you, the one who doesn’t know where their hands go in prayer. Maybe spare them a gentle word or a kind greeting. On the path to understanding what we wear those outer exhibits of faith are minor factors when compared to the inner jihad (struggle) going on within us.

Lauren Booth is a freelance journalist, broadcaster, and human rights, activist. Her groundbreaking TV series on ‘Remember Palestine’ and ‘Diaspora’ have revealed new truths about the Occupation of Palestine. Booth speaks at international conferences on Islam in the 21st Century and women issues.