Ramadan is the best of all the months because of the many blessings, favours, mercies, forgiveness and protection from the Hell-fire bestowed upon worshippers during it. One of the best favours ever bestowed upon people is, however, the revelation of the Gracious Quran. 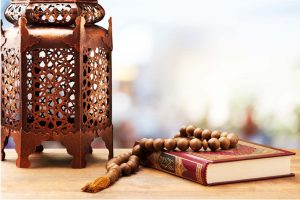 “You (believers) are the best Community ever brought forth for (the good of) humankind: You enjoin what is right. And you forbid what is wrong. And you believe in God.” (Quran 3:110)

Having known that Ramadan is the best of all months, you should know that the last ten days and nights of it are the best of these days and nights of the month. On the other hand, there are the first ten days of the last month in the lunar calendar, the month of Dhul-hijjah. The virtues of these days are very well-known in the Gracious Quran and The Sunnah of Prophet Muhammad (peace and blessings of Allah be upon him).

In reply to this question, Shaikh al-Islam, Ibn Taimiyah said,

The nights are better in the last ten days of Ramadan because there is Lailat al-Qadr (the Night of Decree). On the other hand, the daylight is better in the first ten days of Dhul-hijjah because of the 9th day, the Day of Arafat, and the 10th day, Eid Al-Ad-ha. On these two days, Muslims perform most rites of Hajj (Pilgrimage).

The last ten nights of Ramadan

It is highly recommended that people spare no effort in worship during these nights so that they can be among those who worship Allah at the Lailat al-Qadr. The worship of Allah during this night is better than the worship during a thousand months without that night.  Also, it is a sunnah of the Prophet (Peace and blessings of Allah be upon him) to increase worship during those nights.

‘A’ishah (May Allah be pleased with her) reported:

It is also recommended that family members encourage each other to spend most of the night worshipping Allah.

‘A’isha (RAA) narrated, ‘With the start of the last ten days of Ramadan, the Messenger of Allah (ﷺ) used to tighten his waist belt (i.e. keep away from his wives) and used to stay up praying all night, and he would also wake his wives (to pray and recite Qur’an etc..).” (Al-Bukhari and Muslim)

Lailat al-Qadr (the Night of Decree)

Lailat al-Qadr is one of the last ten nights of Ramadan. It’s not known which specific night it is. Allah concealed it to test people so that it can become clear who is keen on seeking its virtues and blessings. To pass the test, Muslims strive to do more acts of worship during these nights. These acts of worship include performing the night prayer, reciting the gracious Quran, making du’a (supplication), etc.

Moreover, Allah concealed it to shower His servants with His Mercy. This means that if people increase their worship during these blessed nights, this will bring them closer to Allah besides the greater reward they shall get.  The reward for worship and the virtues of this night is the greatest of all the year. Allah says,

The Quran describes Lailat al-Qadr as a blessed night because of the many virtues and blessings bestowed upon the believers on this night. Moreover, the revelation of the gracious Quran is one of the blessings of this night.

The meanings of “al-Qadr“

First, al-Qadr means decree. So, on Lailat al-Qadr, every wise affair or decree is transferred from the Preserved Tablet of Heaven- the timeless record of all things- to the angelic scribes who write down the decrees of the coming year including life span, provision, and what will happen until the end of the year.

Second, it also means very valuable. Hence, the reward for worship on that night is better and has more value than any other night of the year. It is even much better than the worship during over 83 years.

The reward for performing night prayer on lailat al-Qadr

Muslims spend more time praying on the last ten nights. They perform night prayers after Salat al-‘isha’ (the evening prayer). Because it usually takes a long time, they take a break before they continue to perform Salat Al-Tahjjud (another name for night prayer) usually after midnight.

The Prophet (ﷺ) said, “Whosoever performs Qiyam (night prayer) during Lailat al-Qadr (Night of Decree), with Faith and being hopeful of Allah’s reward, will have his former sins forgiven.” (Al-Bukhari and Muslim)

This is the 97th chapter of the Gracious Quran which also stresses that the Quran was first revealed on that night. The angels descend on this night with goodness, blessings and mercies. Lailat al-Qadr is a night of peace to the believers as a great number of them are freed from the punishment in the Hell-fire. This continues till dawn.

The best du’a (supplication) made during those nights

Du’a is one of the best acts of worship made especially during those nights. Everyone can make his own du’a or plea. However, the following du’a should be made often:

‘Aishah (May Allah be pleased with her) reported:

I asked: “O Messenger of Allah! If I realize Lailat-ul-Qadr (Night of Decree), what should I supplicate in it?” He (ﷺ) replied, “You should supplicate:

Allahumma innaka ‘afuwwun, tuhibbul-‘afwa, fa’fu ‘anni (O Allah, You are Most Forgiving, and You love forgiveness; so forgive me).” [Al-Tirmidhi].

Going on a ritual retreat in a mosque (I’tikaf)

I’tikaf is one of the recommended acts of worship observed for the last ten days of Ramadan. People remain in the mosque to worship Allah. They do not go out of the mosque except for necessary needs. It starts when the sun sets on the 20th day of Ramadan till the end of the month.

‘Aishah (May Allah be pleased with her) reported:

If a person cannot observe I’tikaf, they should spend as much time as they can in the mosque especially during the night.