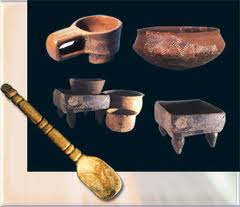 Indeed, a great many evolutionists now admit that archaeological findings do not support Darwinism at all

When you examine an evolutionist’s history of mankind, you’ll notice the detailed depictions of how man’s allegedly primitive ancestors went about their daily lives. Anyone impressed by the confident, authoritative style, but without much knowledge of the subject, may well assume that all these “artistic reconstructions” are based on scientific evidence.

Evolutionist scientists arrive at detailed descriptions as if they had been around thousands of years ago and had the opportunity to carry out observations. They say that when our supposed ancestors—who had now learned to stand on two legs and had nothing else to do with their hands—began making stone tools, and for a very long period used no other implements other than ones made of stone and wood. Only at a much later date did they start to use iron, copper and brass. Yet these accounts are based on misinterpretation of findings in the light of evolutionist preconceptions, rather than on scientific proof.

In his book Archaeology: A Very Short Introduction, archaeologist Paul Bahn says that the scenario of mankind’s evolution is nothing but a fairy tale, adding that so much of science is based on such tales. He stresses that he uses the word “tale” in a positive sense, but that still, this is exactly what they are. He then invites his readers to consider the traditional attributes of the so-called human evolution: cooking and campfires, dark caves, rites, tool-making, aging, struggle and death. How much of these conjectures, he wonders, are based on bones and actual remains, and how much on literary criteria?

Bahn is reluctant to openly answer the question he poses: namely, that man’s alleged evolution is based on “literary” criteria rather than scientific ones.

In fact, there are a great many unanswered questions and logical inconsistencies in these accounts, which someone thinking along the lines of evolutionist dogma will fail to detect. Evolutionists refer to a Stone Age, for example, but are at a loss to explain how implements or remains from the time could have been carved and shaped. In the same way, they can never explain how winged insects first came to fly, though they maintain that dinosaurs grew wings and thus started to fly by trying to catch them. They prefer to forget the whole question, and to have others do the same.

Yet shaping and carving stone is no easy task. It is impossible to produce perfectly regular and razor-sharp tools, as in the remains that have come down to us, by scraping one stone against another. It is possible to shape hard stones such as granite, basalt or dolerite without them crumbling apart only by using steel files, lathes and planes. It is equally obvious that bracelets, earrings and necklaces dating back tens of thousands of years could not have been crafted using stone tools. The tiny holes in such objects cannot be made with stones. The decoration on them cannot be produced by scraping. The perfection in the objects in question shows that other tools made of hard metals must have been employed.

Many archaeologists and scientists have performed tests to see whether such ancient artifacts could have been manufactured under the conditions that evolutionists conjecture. For example, Professor Klaus Schmidt carried out one such experiment on the carvings on the stone blocks at Göbekli Tepe in Turkey, estimated to date back some 11,000 years. He gave workmen stone tools, of the kind evolutionists claim were employed at the time, and asked them to produce similar carvings on similar rocks. After two hours of non-stop work, all that the workmen managed to complete was a vague line. 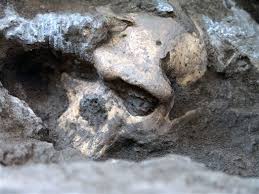 In fact, there are a great many unanswered questions and logical inconsistencies in these accounts, which someone thinking along the lines of evolutionist dogma will fail to detect

You can carry out a similar experiment at home. Take a piece of hard stone such as granite and try to turn it into a spearhead of the kind used by people living 100,000 years ago. But you are not allowed to use anything else than that piece of granite and a stone. How successful do you think you might be? Can you produce a piece with the same narrow point, symmetry, smoothness and polish as those found in the historical strata?

Let us go even further; take a piece of granite one meter square and on it, try and carve a picture of an animal, imparting a sense of depth. What kind of result could you produce by grinding that rock with another piece of hard stone? Clearly, in the absence of tools made of steel and iron you can make neither a simple spearhead, much less an impressive stone carving.

Stone-cutting and stone carving are fields of expertise all their own. The requisite technology is essential in order to make files, lathes and other tools. This demonstrates that at the time these objects were made, the “primitive” technology was well advanced. In other words, evolutionists’ claims that only simple stone implements were known, that there was no technology in existence, are myths. Such “Stone-Only” Age has never existed.

However, it is perfectly plausible that any steel and iron tools used in cutting and shaping stones should not have survived down to the present day. In a naturally moist and acidic environment, all kinds of metal tools will oxidize and eventually disappear. All that will be left is chips and fragments of the stone they worked, which take much longer to vanish. But to examine these fragments and suggest that people at the time used only stone is not scientific reasoning.

In fact, concrete evidence of the inadequacy of the Darwinian hypothesis is to be found in the archeological record. If the Darwinian package were correct, then we would expect to see the simultaneous appearance in the archeological and fossil records of evidence for bipedality, technology, and increased brain size. We don’t. Just one aspect of the prehistoric record is sufficient to show that the hypothesis is wrong: the record of stone tools.

Source: This part is taken from a book by Harun Yahya titled: A Historical Lie: The Stone Age. GLOBAL PUBLISHING, Okmeydani-Istanbul/Turkey, 2006.