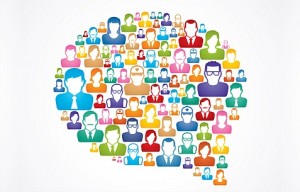 Shura was applied in the most serious issue, namely, the sovereign power.

The first test for the awareness of this Ummah and its ability to apply the principle of Shura (consultation) was after the death of the Prophet (peace be upon him), for he did not appoint a successor after him. He explicitly assigned a deputy with regard to leading people in Prayer, but He left the appointment of the caliph and the head of the state to the nation. His companions were divided into two groups: the group of Al-Ansar (the Supporters), who were the original inhabitants of Median, and the group of Al-Muhagirin (the Emigrants), the people of Makkah. They convened in the house of the leader of Al-Ansar and exchanged opinions and arguments.

Then alliance was paid by the public at the mosque and in other places that Islam reached such as Makkah.

Muhammad Asad, an Austrian Muslim, claimed that this was the first democratic experience. It may not be democratic in the Western sense, but it was at any rate a great human experience. Such noble, half-Bedouin people, who were strong fighters, convened without arms to discuss without any use of insulting words or threats to agree on selecting one of them. The one they selected said in his first public speech after assuming presidency, “I have been elected to be in authority over you, though I am not the best among you. Obey me as long as I obey Allah. However, if I disobey Him, no obedience will be due to me upon you.” Moreover, the fact that Sa`d ibn `Ubadah, the head of Al-Anasar, refrained from paying alliance, though his son paid it, and none said a word or objected to him indicates that something big has changed in the life of the Arabs. The age of Shura has started.

Al-Mawirdi (a Muslim scholar) has determined the functions of the head of the state in ten points; some of them are religious responsibilities, such as watching over good practices of the obligations of the religion including Prayer, Fasting, and Hajj-pilgrimage; and some are secular functions, such as collecting money, protecting the borders of the state against any external or internal aggression and ensuring internal security through the application of the Shari`ah to protect souls and properties and ending disputes through the appointment of judges.

Shura was applied in the most serious issue, namely, the sovereign power. But it was practiced also in many of the issues, as the caliph had counselors for every affair. But sometimes he sought the opinion of the public. `Umar informed people with his intention to set a maximum limit for the dowry paid for women, whereupon a woman quoted in response the Qur’anic verse that says, “And you have given the first of them [as much as] a [heap of] gold in dowry.” `Umar then submissively said: A woman spoke the truth and `Umar spoke wrong.

Let us admit that during the period of the guided caliphs Shura concerning serious issues of the state was the task of prominent persons and influential people from among the Emigrants and the Supporters. But it was a pioneering experience in the old heritage of humanity. But the flexibility of the experience and the various forms it took made it developable beyond ready-made forms. The principle affirmed strongly, as clarified by `Umar in his last speech, was that “No one shall be given the pledge of alliance without people consent lest he may be killed along with those who follow him”, as reported in Sahih Al-Bukhari.

This simply means that people’s consent is a must, because contravening this leads to turmoil and fighting.

Shura meets with democracy in the point of looking for a peaceful solution. The system of Shura pours into one stream, which is Islamic justice that is able to secure for man a good end.

How was Shura practiced?

This is quite a legitimate question. I mentioned before that the reference of this paper is Islam. Islam is an ideal that should be reached; and the closer we come to it the better justice will be achieved and the happier man will become.

This system is not rigid or stiff but developable and can benefit from human experiences that respect invariables and authoritative references and assess priorities together with social and security necessities.

In the early period of Islam there was the system of headmen and foremen, as found in the accounts of the prophetic biography. The Prophet (peace be upon him) commanded people to choose those who would speak in their name, as in the case of the pledge of alliance given the headmen of the Helpers in Makkah–known as Bay`at al-`Aqabah. Similarly, in the case of the battle of Hunayn he (peace be upon him) said, “Let your foremen inform me”, because he did not know the attitude and content of the people with regard to his suggestion and so he ordered that they should choose those who would convey their opinion concerning the prisoners of the war with Hawazen. This account is in Sahih Al-Bukhari.

Source: Taken with modifications from Binbayyahlive.com.