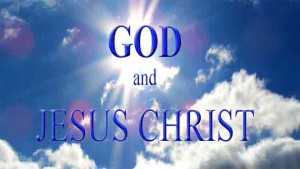 According to Islam, Jesus is neither God nor the Son of God.

Is Jesus divine? This question has been a subject of different discussions by the followers of the various religions, especially the three divine religions, with Jews, Christians and Muslims each having their own different answer. We will try to find out which answer is in the affirmative and which is in the negative.

Judaism generally views Jesus as one of a number of false messiahs who have appeared throughout history. Jesus is even viewed as having been the most influential, and consequently the most damaging, of all false messiahs.[[i]] Judaism has never accepted any of the claimed fulfillments of prophecy that Christianity attributes to Jesus. Judaism also forbids the worship of a person and considers it a form of idolatry, since the central belief of Judaism is the absolute unity and Oneness of God. We read the following verses in the Old Testament: “Hear, O Israel: The Lord our God, the Lord is one.” (Deuteronomy 6:4)

A belief in the divinity of Jesus is incompatible with Judaism as follows:

“The point is this: that the whole Christology of the Church – the whole complex of doctrines about the Son of God who died on the Cross to save humanity from sin and death – is incompatible with Judaism, and indeed in discontinuity with the Hebraism that preceded it.”[[ii]]

“Aside from its belief in Jesus as the Messiah, Christianity has altered many of the most fundamental concepts of Judaism.”[[iii]]

“…the doctrine of Christ was and will remain alien to Jewish religious thought.”[[iv]]

“For a Jew, however, any form of shituf is tantamount to idolatry in the fullest sense of the word. There is then no way that a Jew can ever accept Jesus as a deity, mediator or savior (messiah), or even as a Prophet, without betraying Judaism.”[[v]]

“If you believe Jesus is the messiah, died for anyone else’s sins, is God’s chosen son, or any other dogma of Christian belief, you are not Jewish. You are Christian.”[[vi]]

“For two thousand years, Jews rejected the claim that Jesus fulfilled the messianic prophecies of the Hebrew Bible, as well as the dogmatic claims about him made by the church fathers; that he was born of a virgin, the son of God, part of a divine Trinity, and was resurrected after his death. … For two thousand years, a central wish of Christianity was to be the object of desire by Jews, whose conversion would demonstrate their acceptance that Jesus has fulfilled their own biblical prophecies.”[[vii]]

“No Jew accepts Jesus as the Messiah. When someone makes that faith commitment, they become Christian. It is not possible for someone to be both Christian and Jewish.”[viii]

As for Christians, they consider Jesus the Christ and believe that through his death and resurrection, humans can be reconciled to God and thereby are offered salvation and the promise of eternal life.[[ix]]

The second sentence in the ICET version of the Nicene Creed states: “We believe in one Lord, Jesus Christ, the only Son of God…” In the New Testament Jesus indicates that he is the Son of God by calling God his heavenly father.[[x]]

They are unbelievers who say, ‘God is the Messiah, Mary’s son.’ For the Messiah said, ‘Children of Israel, serve God, my Lord and your Lord. Verily whoso associates with God anything, God shall prohibit him entrance to Paradise, and his refuge shall be the Fire; and wrongdoers shall have no helpers.’ (Al-Ma’idah 5:72)

It is historically established that the divinity of Jesus is something propagated by the Council of Nicaea in 325 A.D. At this gathering, many aspects of Christianity were debated and voted on, including the date of Easter, the role of bishops, the administration of sacraments and, of course, the divinity of Jesus. Until that moment in history, Jesus was viewed by his followers as a mortal prophet, a great and powerful, albeit still mortal, man, rather than the Son of God. Jesus’ establishment as the “Son of God” was officially proposed and voted on by the Council of Nicaea. That is to say, Jesus’ divinity was the result of a vote.

[v] Schochet, Rabbi J. Immanuel. “Judaism has no place for those who betray their roots”, Canadian Jewish News, July 29, 1999.