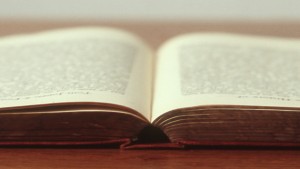 As a matter of fact, the Muslim belief against Jesus’ crucifixion is supported by those recently discovered gospels which, according to Muslims, were kept safe from distortion, like the Gospel of Judas, which states that Jesus told Judas: “You will exceed all of them, for you will sacrifice the man that clothes me.” This gospel confirms the Muslim belief that Jesus was not crucified and it is Judas, who might have been the one who betrayed him, and who was crucified instead. According to Muslims, “clothes me” means “bears my resemblance” (that is to say, to be crucified instead of me). Another clearer position reads: “You will exceed them all, for you will sacrifice the man who bears me (i.e. my resemblance).”

Whereupon they condemned two robbers with him to the death of the cross.

So they led him to Mount Calvary, where they used to hang malefactors, and there they crucified him naked, for the greater ignominy.

Judas truly did nothing else but cry out: ‘God, why hast thou forsaken me, seeing the malefactor hath escaped and I die unjustly?’

Verily I say that the voice, the face, and the person of Judas were so like to Jesus, that his disciples and believers entirely believed that he was Jesus; wherefore some departed from the doctrine of Jesus, believing that Jesus had been a false prophet, and that by art magic he had done the miracles which he did: for Jesus had said that he should not die till near the end of the world; for that at that time he should be taken away from the world. (Chapter 217)

Though the gospels of Matthew and Mark are deemed more authentic than that of Barnabas by most Christian priests, the Gospel of Barnabas is seen as more credible when it comes to crucifixion for the above statement is unlikely to be made by a prophet who is even thought to be the Son of God. It can be made only by a malefactor. In such a situation, a true prophet who is even believed in as the Son of God cannot be so susceptible like that. He is rather expected to have so trust in Allah that nothing can ruffle his composure.

The gospels of Judas and Barnabas are corroborated by Apocalypse of Peter where we read the following narration about the alleged crucifixion:

“Come, therefore, let us go on with the completion of the will of the incorruptible Father. For behold, those who will bring them judgment are coming, and they will be put to shame. But me they cannot touch. And you, O Peter, shall stand in their midst. Do not be afraid because of your cowardice. Their minds shall be closed, for the invisible one has opposed them.”

When he said those things, I saw him seemingly being seized by them. And I said “What do I see, O Lord, that it is you yourself whom they take, and that you are grasping me? Or who is this one, glad and laughing on the tree? And is it another one whose feet and hands they are striking?”

The Savior said to me, “He whom you saw on the tree, glad and laughing, this is the living Jesus. But this one into whose hands and feet they drive the nails is his fleshly part, which is the substitute being put to shame, the one who came into being in his likeness. But look at him and me.”

But I, when I had looked, said “Lord, no one is looking at you. Let us flee this place.” But he said to me, “I have told you, “Leave the blind alone!” And you, see how they do not know what they are saying. For the son of their glory instead of my servant, they have put to shame.”

And I saw someone about to approach us resembling him, even him who was laughing on the tree. And he was filled with a Holy Spirit, and he is the Savior. And there was a great, ineffable light around them, and the multitude of ineffable and invisible angels blessing them. And when I looked at him, the one who gives praise was revealed. And he said to me, “Be strong, for you are the one to whom these mysteries have been given, to know them through revelation, that he whom they crucified is the first-born, and the home of demons, and the stony vessel, in which they dwell, of Elohim, of the cross, which is under the Law. But he who stands near him is the living Savior, the first in him, whom they seized and released, who stands joyfully looking those who did him violence, while they are divided among themselves. Therefore he laughs at their lack of perception, knowing that they are born blind. So then the one susceptible to suffering shall come, since the body is the substitute. But what they released was my incorporeal body. But I am the intellectual Spirit filled with radiant light. He whom you saw coming to me is our intellectual Pleroma, which unites the perfect light with my Holy Spirit.”

The authenticity of the Apocalypse of Peter is also corroborated by the following verse in the New Testament: “You will only observe with your eyes and see the punishment of the wicked.” (Psalm 91:8)