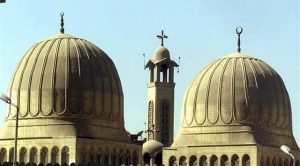 Ideological and intellectual differences constitute an inevitable norm in this universe. Thoughts and beliefs vary according to people’s understandings, conceptions and even environments. Difference is still deemed healthy so long as it lies in partialities and secondary issues, but it becomes unhealthy if it lies in principles, universalities, totalities and constants.

A cardinal principle is indivisible. It is to be or not to be. Either you believe or not believe in it. As for partialities and secondary issues, they may differ, vary, ramify and become subject to such healthy difference among people which maintains the cardinal principle.

At that point, claims multiply, allegations vary and common ground vanishes to such an extent which makes reconciliation unfeasible and the truth too narrow to accommodate all of those claims and allegations.

Therefore, the sound dogma is distinguished from the unsound one by the consistency of principles, universalities, totalities and constants even if partialities and secondary issues vary.

If the principle is multiplied, secondary issues are ramified to such an extent that the ramifications of the same idea or belief are irreconcilable, the truth cannot be discovered and the common denominator cannot be identified.

Let us know the major denominations in Islam and Christianity so that we will determine the areas of agreement and disagreement among the followers of the same religion and judge the consistence of the articles of faith and practice in both Christianity and Islam.

Whenever the articles of faith are consistent, a faith is then more likely to be sound and genuine. Otherwise, a given divergence in creed among denominations per se serves as evidence of the futility, invalidity, absurdity and falsehood of faith.

Areas of Agreement among Catholicism, Orthodoxy and Protestantism

Areas of Disagreement among Catholicism, Orthodoxy and Protestantism

Areas of Agreement between Sunnis and Shias

Areas of Disagreement between Sunnis and Shias

It is very evident that difference among the Christian denominations lies in principles and totalities. We notice that they differ over the nature of God Himself that consists of three persons. They disagree over the nature of Jesus, the Holy Spirit and Mary the Virgin not to mention the Bible itself.

This means that Christianity as a faith is a religion without overall principles or universalities which are in common among all or at least major Christian denominations. As such, the truth about Christianity cannot be discovered. Thus, this can be seen as confused, disturbed religion.

As for the difference among the Muslim denominations, it lies in partialities and secondary issues. Muslims, both Sunnis and Shias, believe in the same principles and universalities, that is, belief in God and His angels, scriptures, and messengers, as well as the Day of Judgment and predestination.

Sunnis and Shias believe in all prophets including Prophet Muhammad and in the Qur’an as well as the Sunnah of Prophet Muhammad though they differ over the way of compiling this Sunnah. They also believe in the pillars of Islam and the articles of faith.

After all, it is safe to say that Islam has one, original, genuine essence which is shared by all Muslim denominations and consistent with the previous messages and scriptures. This means that Islam is the genuine extension of the true religion of God from Adam’s time up to the Day of Judgment.