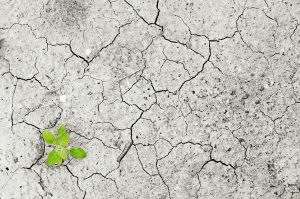 Nowadays, two groups have mainly polarized discussions about global warming and the Environmental Protection Act. On one end, the religious right and its pundits have been very active in denying climate change and making mockery of any meaningful environmental protection measures. On the other end, environmentalists, who are ignoring and/or ridiculing the role of religious upbringing in shaping people’s attitudes toward the environment, are undermining the importance of spreading their message across a large group of people.

Science, religion and preservation are not necessarily mutually exclusive in their approach to this important subject. In Islam, seeking and accepting knowledge, respect to the environment, preservationism, and respect of other forms of life are part of the faith. There are no contradictions within Islam for Muslims to accept the scientific research of Anthropogenic Global Warming (AGW), and it is a part of its belief system that humans will suffer the consequences for any abuse of the earth’s natural resources.

It is without doubt that had humankind practiced a balance between enjoying the earth’s natural resources without being wasteful and preserving the environment for future generations, the world would be today a very different place. Furthermore, such a concept would have made it easier for the environmentalists to convey their messages to others. We would not have reached the edge today from run-away Carbon Dioxide increases into the atmosphere that not only threatens our climates, but also our very existence. Pollutants and overfishing are destroying a great food resource, while gluttony and waste in food distribution further threaten the clean and healthy food supply. Food has now become entertainment with non-stop television commercials promoting a lifestyle where people live to eat instead of eating to survive.

We are in a vicious adaptation to the needs of consumerism; everything must be fun and entertaining. This demand for convenient and immediate gratification has, for example, led to the mass production of petroleum-based plastic products that not only leach PCB’s into the food and water supply, but also create the ubiquitous waste of bottles and bags that swirl along our highways and have formed a giant whirlpool of plastic garbage in the Pacific Ocean further decimating wildlife and our food supply.

“Corruption appears on land and sea because of (the evil) that man’s hands have done, so that He may make them taste a part of what they have done, in order that they may return.” (Ar-Rum 30:41)

Contrary to other religious beliefs, in Islam, humans have to take full responsibility for their actions and not expect divine intervention to mollify their abuse of the world’s resources. Sadly some environmentalists have failed to make the distinction that not all religions are inherently antagonistic toward exploring meaningful solutions to halt the degradation of our environment. The Qur’an teaches us that men are the caretakers of the earth (Al-Baqarah 2:30), and are responsible for maintaining it. This belief is part of the Muslim tradition. While definitely not a part of the history of secular movements who tend to advocate, “Enjoy life as much as you can” which has contributed to the neglect of so many important aspects of our ecosystem. As a result, our rain forests, aquifers, and waterways have suffered and cannot be expected to continue to sustain man’s endless appetite for more “stuff.”

Water conservation in Islam is more a matter of principle. The Prophet (pbuh) forbids wasting this precious resource even when it is available in abundance. He also cautions against its waste even while performing certain religious rites.

“Do not waste water even if you were on the bank of a flowing river.” (Prophet Mohammed [pbuh])

Interestingly, one of his sayings was promoted by a water bottling company in Australia to stress the importance of conserving water. It is a developmental lesson with profound meaning that should be taught to all children. Just imagine our planet if we raised our children to respect the waters of our earth from the smallest springs to the mighty oceans. How much more would they appreciate the water flowing from the tap?

It has been counter-productive just to blame religion per se for obstructive solutions to rectify and address climate change, instead of focusing on the impact that consumerism has had on the ecosystem. The Qur’an has clearly laid down a balanced and commonsensical approach, wherein individuals are instructed to enjoy the good things of life, but not become intoxicated with their pleasures and abuse them. The “live as if there is no tomorrow” way of life only serves to further degrade our environment by encouraging everyone to consume more and more of the earth’s natural resources. The Islamic position, however, (often not reflected in the Muslim world today) of believing in “life is a test” is overlooked as is the belief that we will be held accountable for our actions. Even a skeptic would admit the benefits of this concept, which should make one at least pause and be more conscious of the squandering of the earth’s resources.