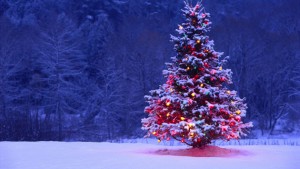 Muslims do not bother themselves a lot with Christmas itself as a baseless observance. They rather object to many Christian beliefs based on this occasion

Having no authentic proof that Jesus was born on this very day, Muslims do not bother themselves a lot with Christmas itself as a baseless observance. They rather object to many Christian beliefs based on this occasion.

In this article, I will highlight the main differences between Christians and Muslims regarding the birth of Jesus.

For example, though we notice amazing similarity between the biblical verses and their Qur’anic counterparts dealing with the miraculous birth of Jesus, the conclusions drawn from each scripture are worlds apart.

In the New Testament, we read the following biblical verses:

But the angel said to her, “Do not be afraid, Mary, you have found favor with God. You will be with child and give birth to a son, and you are to give him the name Jesus. He will be great and will be called the Son of the Most High. The Lord God will give him the throne of his father David, and he will reign over the house of Jacob forever; his kingdom will never end.” “How will this be,” Mary asked the angel, “since I am a virgin?” The angel answered, “The Holy Spirit will come upon you, and the power of the Most High will overshadow you. So, the holy one to be born will be called the Son of God. (Luke 1:30-35)

In the Qur’an, we read the following verses:

And [mention] when the angels said, “O Mary, indeed God has chosen you and purified you and chosen you above the women of the worlds. O Mary, be devoutly obedient to your Lord and prostrate and bow with those who bow [in prayer].”… [And mention] when the angels said, “O Mary, indeed God gives you good tidings of a word from Him, whose name will be the Messiah, Jesus, the son of Mary – distinguished in this world and the Hereafter and among those brought near [to God]. He will speak to the people in the cradle and in maturity and will be of the righteous.” She said, “My Lord, how will I have a child when no man has touched me?” [The angel] said, “Such is God; He creates what He wills. When He decrees a matter, He only says to it, ‘Be,’ and it is. And He will teach him writing and wisdom and the Torah and the Gospel. And [make him] a messenger to the Children of Israel, [who will say], ‘Indeed I have come to you with a sign from your Lord in that I design for you from clay [that which is] like the form of a bird, then I breathe into it and it becomes a bird by permission of God. And I cure the blind and the leper, and I give life to the dead – by permission of God. And I inform you of what you eat and what you store in your houses. Indeed in that is a sign for you, if you are believers. And [I have come] confirming what was before me of the Torah and to make lawful for you some of what was forbidden to you. And I have come to you with a sign from your Lord, so fear God and obey me. Indeed, God is my Lord and your Lord, so worship Him. That is the straight path.”… Indeed, the example of Jesus to God is like that of Adam. He created Him from dust; then He said to him, “Be,” and he was. The truth is from your Lord, so do not be among the doubters. Then whoever argues with you about it after [this] knowledge has come to you – say, “Come, let us call our sons and your sons, our women and your women, ourselves and yourselves, then supplicate earnestly [together] and invoke the curse of God upon the liars [among us].” Indeed, this is the true narration. And there is no deity except God. And indeed, God is the Exalted in Might, the Wise… Say, “O People of the Scripture, come to a word that is equitable between us and you – that we will not worship except God and not associate anything with Him and not take one another as lords instead of God.” But if they turn away, then say, “Bear witness that we are Muslims [submitting to Him].”… It is not for a human [prophet] that God should give him the Scripture and authority and prophethood and then he would say to the people, “Be servants to me rather than God,” but [instead, he would say], “Be pious scholars of the Lord because of what you have taught of the Scripture and because of what you have studied.” Nor could he order you to take the angels and prophets as lords. Would he order you to disbelief after you had been Muslims?… Say, “We have believed in God and in what was revealed to us and what was revealed to Abraham, Ishmael, Isaac, Jacob, and the Descendants, and in what was given to Moses and Jesus and to the prophets from their Lord. We make no distinction between any of them, and we are Muslims [submitting] to Him.” (Aal `Imran 3:42-84)

The above two parts are subject to strong objections on the part of Muslims who offer convincing evidence and present reasonable arguments. For example, the status of Mary is of paramount importance. It is ironic that the Bible is silent on this very significant point.

Can a sexual relationship between God and a human being be so free and unregulated like this? The Abrahamic religions teach that intercourse cannot take place outside marriage; otherwise it will be considered an act of fornication or adultery.

Marriage is a decent framework of intercourse. Was God so indecent that He impregnated a woman outside marriage, or did He marry her? How can God marry or have intercourse with one of His servants?

The process through which Mary was caused to give birth to Jesus is devoid of direct contact between Mary and God. Both the Bible and the Qur’an tell us that Mary was impregnated extraordinarily, without sexual intervention either on the part of God or anybody else. How come Jesus is attributed to God as a son?

The Bible makes no mention of any carnal intercourse. It just says that “The Holy Spirit will come upon you, and the power of the Most High will overshadow you.” According to the very wording of the Bible, Jesus was created by the power of God like all of us.

About the mechanism of the birth of Jesus, more than once, the Qur’an says that Jesus was created as an embryo by a blow in Mary’s womb. In the Qur’an, we read the following verses:

And [mention] the one who guarded her chastity, so We blew into her [garment] through Our angel [Gabriel], and We made her and her son a sign for the worlds. (Al-Anbiyaa’ 21:91)

It is noteworthy that, by the same blow as Jesus’, all mankind was created in the first place. In the Qur’an, we read the following verses:

And [mention, O Muhammad], when your Lord said to the angels, “I will create a human being out of clay from an altered black mud. And when I have proportioned him and breathed into him of My [created] soul, then fall down to him in prostration.” (Al-Hijr 15:29)

And He began the creation of man from clay. Then He made his posterity out of the extract of a liquid disdained. Then He proportioned him and breathed into him from His [created] soul and made for you hearing and vision and hearts; little are you grateful. (As-Sajdah 32:7-9)

In this respect, the Qur’an says:

The Bible itself refers to someone other than God as the father of Jesus. In the Bible, we read: “The Lord God will give him the throne of his father David.” That is to say it is apparently that Jesus cannot have both God and David as fathers. It is crystal clear that this is a metaphorical, figurative usage. Neither God nor David can really be the father of Jesus.

Similarly, more than once, the Bible refers to several people other than Jesus as sons of God. In the Bible, we read: “And thou (Moses) shalt say unto Pharaoh, thus saith the Lord, Israel is my son, even my firstborn.” (Exodus 4:22)