Last Friday, the world woke up on an ugly crime against humanity: an extremist attacked two mosques in Christchurch, New Zealand; killing about 50 worshipers and injuring dozens in one of the worst forms of abhorrent terrorism fueled by hate speech and racism.

There is no doubt that this abhorrent incident, which is not approved by any person, regardless of religion or race unless it is imbued by feelings of extremism and racism, emphasize the following:

The need to admit that terrorism has no religion and no race, and to put it into its true character and logical context. This needs to interact with all the events of terrorism with the same reaction and with the same force. It is not fair to interact with an event if it is from a certain religion and exaggerate it, and overlook other events if they are relating to another religions. 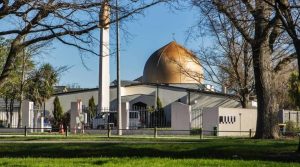 Islam is the religion of coexistence and it does not coerce people of other faiths to convert.

It must be noted that Islam is the religion of coexistence and it does not coerce people of other faiths to convert but made freedom of conscience a voluntary choice. Almighty Allah says in His Book:

In another verse, Allah says:

How Does Islam Protect the Places of Worship of Non-Muslims?

Since Islam acknowledges freedom of faith, it allows non-Muslims living in Muslim countries to freely practice their religious rites inside their places of worship. As such, it guarantees the security of their places of worship and accords them special protection by prohibiting all forms of aggression against them.

Islam goes even further and commands its followers to be just, merciful and kind towards non-Muslims. The Qur’an says:

Allah does not forbid you from those who do not fight you because of religion and do not expel you from your homes – from being righteous toward them and acting justly toward them. Indeed, Allah loves those who act justly. (Al-Mumtahanah 60:8)

In addition, we as Muslims reiterate and re-emphasize that Isis and other such terrorist groups are met by complete condemnation by the whole Muslims communities. The Muslims scholars denied their brutal actions by legitimate evidences from the Qur’an and the Sunnah, clarifying that their beliefs and deeds are un-Islamic.

The Mosques, the Houses of Allah Almighty

The Mosques, the houses of Allah Almighty, are places of worship for Muslims and it is built for offering prayers, mentioning Allah, strengthen their relationship with their Creator, meet their Muslim brethren, and renew their sense of belonging.  A mosque means a place where people prostrate; where they show extreme humility and humbleness in total submission and obedience. By placing your forehead on the ground, it demonstrates total humility. Whenever the real concept of a mosque emerges in the mind of a true Muslim, it will always manifest itself as a place of worship of total obedience.

[Such niches are] in mosques which Allah has ordered to be raised and that His name be mentioned therein; exalting Him within them in the morning and the evenings. (An-Nur 24:36)

The Virtues of the Mosques

– There is great reward in building a mosque for Allah’s sake.

It was narrated that The Prophet (peace be upon him) said: “Whoever builds a mosque for Allah, Allah will build for him likewise in Paradise.” (Agreed Upon)

– Performing Prayers in Congregation is better than an individual prayer by twenty seven times.

The Messenger of Allah (peace be upon him) said, “Prayer in congregation is twenty-seven times more meritorious than a Prayer performed individually.” (Agreed Upon)

– Cleaning and taking care of the mosques has a great reward.

Abu Hurairah (may Allah be pleased with him) narrated: “A black man or a black woman used to sweep the mosque and he or she died. The Prophet (peace be upon him)asked about her (or him). He was told that she (or he) had died. He said, “Why did you not inform me? Show me his grave (or her grave).” So he went to her (his) grave and offered her (his) funeral prayer.” (Al-Bukhari)

– The Angels will pray for the one who attend the Mosques.

Abu Hurairah narrated that Allah’s Messenger (peace be upon him) as saying: “The angels invoke blessings on everyone among you so long as he is in a place of worship with these words: O Allah! pardon him, O Allah, have mercy upon him, (and they continue to do so) as long as, he ablution (of the worshiper) is not broken, and one among you is in prayer and so long as he is detained for the prayer.” (Muslim)

– There is also a great reward for walking to the Mosque.

The Prophet (peace be upon him) said, “Allah will prepare for him who goes to the mosque (every) morning and in the afternoon (for the congregational prayer) an honorable place in Paradise with good hospitality for (what he has done) every morning and afternoon goings.” (Al-Bukhari)