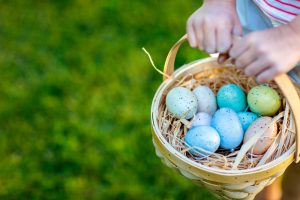 Islam teaches that all prophets taught primarily the same messageز

I converted to Islam recently. In few days, my non-Muslim family will be celebrating Easter. Can I join them in their celebrations?

In responding to his question, Sheikh Ahmad Kutty, gave the following answer:

“You may do so to join your family on their joyous occasions while affirming your Islamic identity.

By doing so, you are merely sharing their joys; and partaking meals with them. I understand it does not involve any specific Christian rituals they expect you to participate.

Saying grace and giving thanks to God for His blessings and joining in common prayers to God are all acceptable. Islam teaches that all prophets taught primarily the same message: worship the one and only God and renounce false gods.

Muslims should have no objection in expressing joys of Christians commemorating the events of Jesus; as long as we stay clear of the dogmas of triune God and crucifixion and Jesus as a lamb sacrificed for redeeming the world.

Such are erroneous beliefs no Muslim can accept. When the Prophet Muhammad came to Madinah, and he saw the Jews fasting on the day of Ashura, he asked them why they were fasting? They told him: We are doing so to commemorate the victory of Musa (Moses, peace be upon him) over Pharaoh. Then he said to them: We are more worthy of Musa than you. So he ordered his followers to fast on the tenth. (Ibn Majah)

By doing so, the Prophet in no way practiced the specific Jewish rituals; instead, he was affirming the common bond that we share.

Likewise, Islam stresses the shared rituals we have with all revealed religions, more especially with the People of the Book.

Moreover, Islam stresses emphatically that a Muslim ought to foster ties of kinship with his parents and blood relations, with the sole proviso: if they order you to worship any other than God, do not obey them.

Another critical point to note: To join your Christian relatives on their festivities and feast and expressing joy with them is not done as a ritual practice; but just as a custom; and customs are allowed unless strictly forbidden; since there is no revealed text to prove otherwise, there is no reason to oppose it.”

Source of the answer: www.aboutislam.net