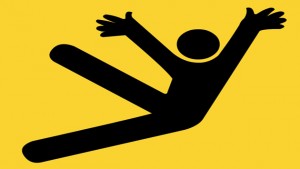 Islam does not depend on the penalty of death for keeping its followers in its fold.

Some Christian apologists claim that the people converting from Islam to Christianity or any other religion are few in number because of the enforcement of a penalty for apostasy. However, this claim is apparently unfounded given the facts given below.

As a matter of fact, Judaism imposed death penalty on those who wanted to convert from Judaism. In the Old Testament, we read the following verses:

“If your very own brother, or your son or daughter, or the wife you love, or your closest friend secretly entices you, saying, “Let us go and worship other gods” (gods that neither you nor your fathers have known, gods of the peoples around you, whether near or far, from one end of the land to the other), do not yield to him or listen to him. Show him no pity. Do not spare him or shield him. You must certainly put him to death. Your hand must be the first in putting him to death, and then the hands of all the people. Stone him to death, because he tried to turn you away from the Lord your God, who brought you out of Egypt, out of the land of slavery. Then all Israel will hear and be afraid, and no one among you will do such an evil thing again.” (Deuteronomy 13:6-11)

Christian priests also believed that apostates should have been sentenced to death. Aquinas stated that heretics should be given the death penalty if they could not be redeemed by the Church, stating, “About heretics there are two things to say. Their sin deserves banishment not only from the church by excommunication but also from the world by death.”[i]

Accordingly, all divine religions impose restrictions on apostasy. However, the following reliable statistics indicate that Islam is the world’s fastest growing religion:

“Islam is the world’s fastest-growing religion. In 1990, 935 million people were Muslims and this figure had escalated to around 1.2 billion by 2000, meaning that around one in five people follow Islam. Although the religion began in Arabia, by 2002 80% of all believers in Islam lived outside the Arab world. In the period 1990-2000, approximately 12.5 million more people converted to Islam than to Christianity”[ii]

It is worth noting that the penalty imposed on apostasy by Islam has been seldom enforced from Prophet Muhammad’s lifetime up to date. Nowadays, this penalty is not in force anywhere in the world. We do not notice that Muslims renounce Islam for there is no penalty in place. Muslim apostates remain alive and they are not sentenced to death as it is falsely purported.

It must be taken into consideration that though Islam imposes a penalty for apostasy like the other divine religions, Islam does not depend on such a penalty for keeping its followers in its fold. Islam is the religion of persuasion. It does not need to force anybody to embrace it by force.

In the Qur’an, Allah says:

Islam is the final religion of Allah which is the most modern extension of the revelations of Allah. It came to uphold the previous divine creeds proclaiming monotheism and introduce the most facile of the laws of Allah which take into consideration the needs of all peoples from Prophet Muhammad’s lifetime up to the end of the world.

Thus, there is nothing wrong with Islam in terms of creed or law which may cause people to renounce and refuse to embrace it.

Coercion does not help in matters of religion. A religion is a belief at heart about which nobody knows anything. Belief is held and affirmed by conviction. Nobody can force another to believe in anything by force. Coercion leads to pretense for fear of harm rather than firm belief.

The creed and practice of Islam are expected to be adopted by any rational person. Islam is weighty in the scales of reason and heart. It is suitable for everybody every time and everywhere.

It is observable that every time I try to know why a given Muslim quits Islam I find out that he/she does not give a good reason why he/she forsakes Islam. Nothing bad is said about Islam. It is the corrupt environment, bad upbringing, or unfavorable conditions which lead to apostasy.

Any claim of negative aspects of Islam can be easily refuted. Nobody can convince us that there is a religious system which is better than Islam. Partial questions should not be overstated or exaggerated. A holistic view is required in matters of religion.

In case of a Muslim’s persistence in sophistry, it is up to the Muslim ruler to decide his case. He should not be necessarily sentenced to death. His fate is left to the sole discretion of the Muslim ruler.

Islam is not keen on penalizing people. It is just concerned about enjoining right and forbidding wrong. When it comes to apostasy, Islam does not insist on penalizing each apostate. It is just willing to keep its community together, well-regulated, safe from anarchy and dependent on the logic of dialogue for communication among its members.

It does not matter to Islam if some people join or depart from its fold. It is just worried about the cohesion of its community. Throughout the Islamic history, there are many cases where apostates were left without punishment, including in the lifetime of Prophet Muhammad himself. It is not reported that he ordered tracking or seizing apostates.

Many instances in the Islamic history, including Caliph Abu Bakr’s war against the apostates, let us know that the penalty for apostasy was enforced only when anarchy was expected or actually took place, and what is more one of the most fundamental hadiths underlying the penalty for apostasy implies anarchy as a reason for the necessity of the enforcement of such a penalty.

Ibn Mas`ud narrated that the Messenger of Allah said: “The blood of a Muslim who testifies that none has the right to be worshipped but Allah and that I am His Messenger cannot be shed lawfully except in three cases: a married person who committed adultery, in retaliation for murder (life for life) and the apostate from Islam who abandons the Muslim community.” (Bukhari & Muslim)