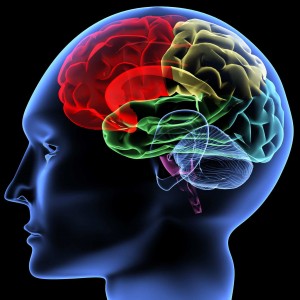 Religion is not only meditation and prayers. It is much more than that such as fasting, charity, visiting widows and orphans, and looking after their welfare.

The human brain is the most complex organ man has been endowed with. Allah gave us the human brain to make us the best of all His creations, in order to differentiate us from animals and other creatures. It contains 100 billion neurons (nerve cells) and trillions of connecting fibers called synapses. It can store a hundred thousand facts at a time and a million billion facts in a lifetime.

Recently, a new science is being developed called neuro-theology to study the neurobiology of religion, to identify the brain’s spirituality circuit, and to explain how it is that religious rituals have the power to move believers and non-believers alike.

Tune into the Divine

Whenever any man sets foot in a holy place such as a mosque or a church, a feeling of reverence generates within him. Some scientists say there is a “God-spot” or a center for spirituality in the temporal lobe of the human brain (dysfunction of which may also cause seizures). This lobe has connections to the frontal cortex which also houses the attention center as well as the cognition center responsible for logical thinking.

Al Hamdu Lillah, some of us who do not believe in God at least possess a brain with the capacity to believe in God. The brain circuitry may amount to an antenna to make us tune in to the divine. Many people have a profound acceptance that religion has changed their lives, perhaps because spiritual practices activate the temporal lobe. That is why “God won’t go away” from us. Muslims are offended by the notion that God is a creation of the human brain, rather than the other way around.

Allah might have put a God-spot in the brain because it is His sovereign choice to be in relationship to humankind in order that we could develop it further if we want to understand more about Him. This higher center may have evolved to have control over the present day neo-cortex (our ‘new’ brain or ‘thinking’ brain which distinguishes us from animals), and thereby our mind, leading to deeper thinking and a prolonged state of Taqwa (God-consciousness).

This God-spot should be well developed in those of us who are religious as well as pious in our actions, but underdeveloped in those who do not respond to the Great Caller and who should be labeled as deaf, dumb and blind “Summun Bukmunn ‘Ummyunn” (Al-Baqarah 2:18). If the temporal lobe is surgically resected, then this lobectomy would amount to a “Godectomy” and the person would become an agnostic and would not know about God.

Although it is said that the temporal lobe houses the God-spot and is the seat of a God-given human faculty for experiencing the divine, it is only acting as an antenna. It is not the locus of a person’s soul (Ruh), although Allah breathed His Ruh into the first man – Adam. The Ruh has an existence independent from the brain and the rest of the body.

There are very real differences between brain, body and soul. Whenever we feel carried away and transported to another scenario by intense prayer and an uplifting ritual, it is reflected in activity in the temporal lobe with changing of the frequency and amplitude of the brain waves as seen in the electro-encephalogram.

Moreover, brain imaging techniques such as FMRI (Functional Magnetic Resonance Imaging) and PET (Positive Emission Tomography) which are presently being used to locate and map out the different areas of the brain during prayers and meditation show activity in some areas while other areas in the brain are blanked off.

The prefrontal cortex of the brain, which is the seat of attention, lights up, and the superior parietal lobe, (acting as the “orientation association area,” which processes information about where our 3-dimensional body stands in space and time, and which is situated towards the top and back of the brain) is switched-off, and so is the amygdale, which registers fear and anger by monitoring the environment for threats and dangers.

Experimentally, bursts of electrical activity could be triggered in the temporal lobes through mini-electrodes, which produce sensations described by the patient as supernatural or a sense of the divine. Such brain storms can also appear in times of personal crisis and hypoglycemia (low blood sugar) suggesting a reason that some people “find God” in such moments.

However, losing one’s self in prayer and feeling good or uplifted have nothing to do with how well we communicate with God. In fact, many people pray best when harm afflicts them (Fussilat 41:51) and they feel guilty, shameful or sad. The sheer habit to pray may also be more affirmative than the occasional feeling that God is close by and listening to us.

Some scientists are not sure whether the brainwaves create God or God creates the brainwaves, though they admit that both prayers and meditation give rise to a relaxed dualistic mind with intense feelings of love and joy when both excitatory and inhibitory neurotransmitters in the brain come into play to exert their biological and emotional effects. To the average man, it is a matter of faith. To a Muslim, everything is from Allah.

Some studies have found no benefit at all from third-party prayer because, they say, it puts God to the test instead. However, the benefits of prayer and meditation to the individual himself are cumulative, leaving their footprints in the neural pathways. Hence, the importance of introducing children to prayers at an early age.

No matter how we take it, we must thank G.O.D. (the Great Organising Designer) Who gifted us with a brain equipped with different centers and neurotransmitters so that we could think of the divine and be confident, calm and comfortable.

The first to mature is that part of the brain controlling movement and senses followed by language, while the center for attention, reasoning and problem-solving is the last to mature, which leads to wisdom. Executive activities which are prioritized in the prefrontal cortex don’t fully develop until young adulthood.

The hyper-religiosity of some individuals has been attributed by some researchers to various grades of temporal lobe epilepsy (TLE). Approximately a quarter of TLE patients have intense religious experiences during seizures, saying that  they had an aura preceding the attacks that relate to God, such as hearing a divine voice or seeing a divine vision.

Although some non-Muslim scientists have labeled some prophets and some mystics as suffering from temporal-lobe epilepsy, recent studies have cast doubt on the connection between religiosity and temporal-lobe epilepsy (the latter disease presenting itself in a fascinating array of symptoms sometimes referred to as supernatural).

Laws of the land make human beings behave differently than they would have otherwise. Faith in God results in different behavior. There is no harm in such knowledge of neuroscience co-existing with a person’s faith. Muslims accept that even scientific inspiration comes to us from higher sources; Allah.

When prayers and meditation are repetitive, the various neuro-transmitters may stimulate growth of some dormant neurons in the brain to develop a higher centre on the evolutionary ladder of the present day cerebral cortex with a capacity to think and to rationalize much better.

It is to be noted that, until 1994, the American Psychiatric Association officially classified strong religious belief as a mental disorder, but now they believe that religion is linked to far better mental health.

Mystics describe their experiences as ecstatic and serene, and they show utmost humility, while psychotics, schizophrenics and epileptics experience hearing the same voice with the same message during their bouts of illness. Although such persons are confused and frightened by these hallucinations, they see themselves as prophets or even God with special divine powers. However, mystical experiences can also come to anyone spontaneously without desiring them. The reader may refer to the Qur’anic verses (Ghafir 40:15) and (An-Nahl 16:2).

Having religious faith can speed recovery from depression in older patients. Religiously active older people tend to have lower blood pressure than those who are less active, and live longer. Religion is not only meditation and prayers. It is much more than that such as fasting, charity, visiting widows and orphans, and looking after their welfare.

The above article was excerpted from the author’s book “Further Essays on Islamic Topics” with slight editorial modifications.

Dr. Ebrahim Kazim is a medical doctor and the founder and director of the Islamic Academy in Trinidad.