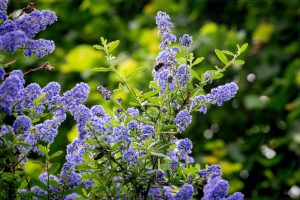 `Abdullah ibn `Umar was the son of the second Caliph `Umar ibn Al-Khattab and a brother-in-law and companion of Messenger of Allah.

He was born in Makkah.

He had accepted Islam before he was 10 years old and had made the Hijrah (migration to Madinah) with his father and his sister, Hafsah, who was later to become a wife of the Prophet.

`Abdullah ibn `Umar is known to be famous reporter of the Sayings (Hadiths) of the Prophet and early jurist of Islam.

However, when the Battle of the Trench (Al-Khandaq) approached, Prophet Muhammad called Ibn Umar and allowed him to be a part of the Muslim Army as Prophet decreed that he was old enough to participate in the battle. `Abdullah ibn `Umar was 15 years old at the time of Battle of Trench.

He learnt from the greatest teacher of all, Muhammad. `Abdullah would observe and scrutinize closely every saying and action of the Prophet in various situations and he would practice what he observed closely and with devotion. For example, if `Abdullah saw the Prophet performing ‘Salah’ in a particular place, he would later pray in the same place. If he saw the Prophet making a supplication while standing, he would also make a du`a’ while standing. If he saw him making a du`a’ while sitting, he would do the same.

`A’ishah noticed this devotion of `Abdullah to the Prophet and remarked:

“There was no one who followed the footsteps of the Prophet in the places where he landed as did Ibn `Umar.”

In spite of his close observance of the Prophet’s actions, Abdullah was extremely cautious, even afraid, of reporting the sayings of the Prophet. He would only relate a hadith if he was completely sure that he remembered every word of it. One of his contemporaries said:

“Among the companions of the Prophet, no one was more cautious about adding to or subtracting from the hadith of the Prophet than `Abdullah ibn `Umar.”

Similarly, he was extremely cautious and reluctant to make legal judgments (fatwas). Once someone came to him asking for a judgment on a particular matter and `Abdullah ibn `Umar replied:

“I have no knowledge of what you ask.”

The man went on his way and Abdullah clapped his hands in glee and said to himself: “The son of `Umar was asked about what he does not know and he said: I do not know.”

Because of this attitude, he was reluctant to be a ‘Qadi’ (Judge) or Caliph even though he was well qualified to be one. The position of Qadi was one of the most important and esteemed offices in the Muslim society and state bringing with it honour, glory and even riches but he declined this position when it was offered him by the Caliph `Uthman ibn `Affan.

`Abdullah ibn `Umar was once described as the “brother of the night.” He would stay up at night performing Salah, weeping and seeking Allah’s forgiveness and reading Qur’an. To his sister, Hafsah, the Prophet once said:

From that day, Abdullah did not abandon Qaiyam-ul-Layl (spending the whole night in prayer and asking forgiveness of Allah) whether at home or on journeys.

Piety, simplicity and generosity combined in Abdullah to make him a person who was highly esteemed by the companions and those who came after them. He gave generously and did not mind parting with wealth even if he himself would fall in want as a result. He was a successful and trustworthy trader throughout his life. In addition to this, he had a generous stipend from the Bayt al-Mal which he would often spend on the poor and those in need. Ayyub ibn Wail Ar-Rasi recounted one incident of his generosity:

One day Ibn Umar received four thousand dirhams and a velvet blanket. The following day Ayyub saw him in the market buying fodder for his camel on credit. Ayyub then went to Abdullah’s family and asked:

“But I saw him today in the market buying fodder for his camel and he had no money to pay for it.” Ayyub said.

“Before nightfall yesterday. he had parted with it all. Then he took the blanket and threw it over his shoulder and went out. When he returned it was not with him. We asked him about it and he said that he had given it to a poor person,” they explained.

`Abdullah ibn `Umar encouraged the feeding and the helping of the poor and the needy. Often when he ate, there were orphans and poor people eating with him. He rebuked his children for treating the rich and ignoring the poor. He once said to them: “You invite the rich and forsake the poor.”

For Abdullah, wealth was a servant not a master. It was a means towards attaining the necessities of life, not for acquiring luxuries. He was helped in this attitude by his asceticism and simple life-style.

Maymun ibn Mahran relates the following: “I entered the house of Ibn Umar. I estimated everything in his house including his bed, his blanket, his carpet and everything else in it. What I found was not a hundred dirhams’ worth.”

With a total of 2,630 narrations, `Abdullah ibn `Umar was the second most prolific narrator of hadiths. It was said that he was extremely careful about what he narrated and that he narrated with his eyes full of tears.

In spite of the great esteem and honour in which he was held by all the Muslims and notwithstanding the suggestion repeatedly made to him to stand up for the Judge or Caliph, he kept himself entirely distant from these offers and throughout these years, led an unselfish and pious life.

May Allah have mercy on `Abdullah ibn `Umar and be pleased with him and assembles us among his company.

Excerpted from islamicfinder.org with editorial adjustments.